Many people like to watch subtitled movies in order to better appreciate the performance of the characters. Many others prefer to watch the movies dubbed into their language so that they don’t have to read everything that is spoken in the movie. But what if subtitled movies could help you learn a language? Could your kids learn it too? 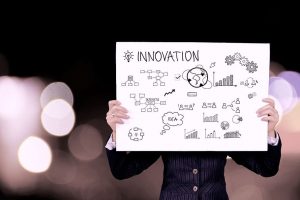 Of course, in this case, children must master reading and understanding it to be able to take advantage of this resource, and also, that the films they watch are of interest to them.

There are countries that subtitle movies even in cinemas and others that do not, but we are not going to get into this since it is ideological and what we are interested in is discovering if watching subtitled films can help your children learn other languages. What is certain is that we can ensure that in countries where subtitled films are broadcast, more foreign languages ​​are spoken than in those where they are not.

In fact, there are experts who say that the way we watch movies is closely related to second language proficiency. For example, in countries like Denmark, Finland or Sweden, to name a few, movies are viewed on television in the original language with subtitles in the mother tongue. In these countries mentioned, a large part of the population speaks two foreign languages. Curious, right?

On the other hand, in countries like Spain or Italy where they are doubled, the population barely speaks foreign languages. So much so, that the population cannot communicate in a second language, because they neither know how to speak it nor understand it.

Listen to other languages ​​daily

Therefore, when a person is exposed to listening to other languages ​​on a daily basis, they have a better level of listening and speaking in the foreign language. It is something logical, so if you always show your children the television in other languages ​​they can begin to understand them better.

Of course, when language development begins, this practice is appropriate as long as one of the parents master the language to be instilled. If not, it is better to wait for the child to start reading and writing at school to start doing so. If done ahead of time, it could lead to confusion in your language development. 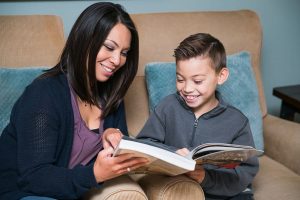 But we can’t deny that watching subtitled movies is a great way to learn English or any other foreign language you want to learn. To do this, you do not need more knowledge than reading and reading comprehension. Continued exposure to another language will greatly enhance your learning of that language.

In addition, when subtitles are used in a generalized way in a population, their literacy is promoted. In fact, in countries like Denmark, children want to learn to read harder just because they can watch subtitled movies and enjoy those that might interest them.

At an early age, children cannot watch television that is not in their language, because they simply do not understand it. In the countries mentioned above, children spend less time in front of screens by not watching television because they are not proficient in literacy.

As is known, everything that has to do with emotions stimulates learning and therefore, the mind is more motivated and receptive to learn when something interests us. In this sense, audiovisual material is always a powerful learning motivator for children since it helps to process information visually and audibly and it is easier to remember it later.

Of course, this is great because watching subtitled films also gives us the opportunity to see in a real way how other languages ​​are spoken and pronounced, correctly internalizing that accent or that form of pronunciation.

It only takes time for this situation to improve on its own. Do not punish them and always help them find a solution so that everyone wins. Remember that you are also learning to have better social skills, and this takes time.